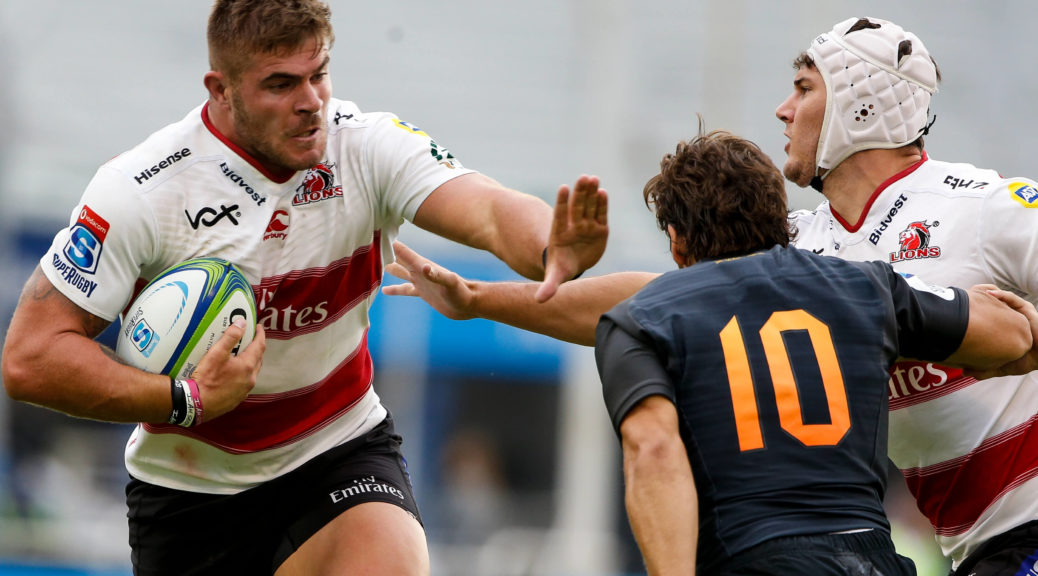 The Lions will look to claim a place in the semifinals of the 2018 Super Rugby season when they host the Jaguares at Ellis Park in Johannesburg on Saturday, July 21, kick-off at 15h05 CAT.

The Lions secured their place at the top of the South African Conference with a 38-12 home win over local rivals the Bulls last weekend.

Tries from Ruan Combrinck (two), Malcolm Marx, Courtnall Skosan, Aphiwe Dyantyi and a penalty five-pointer helped the Johannesburg side to a ninth win from their 16 regular season matches.

The Jaguares were also in action last week, but they suffered a 20-10 defeat away to the Sharks in Durban as they managed only a converted try from Sebastian Cancelliere and a penalty by Joaquin Diaz Bonilla.

The Argentine side also finished the league portion of the 2018 season with nine wins and finished second on the South African Conference.

Swys De Bruin’s team will hope that their strength at home brings them through this test, with the hosts looking to the likes of Marx, Warren Whitely and Elton Jantjies to guide them to victory.

Mario Ledesma’s charges are making their debut in the knockout rounds of the competition and will expect players such as Pablo Matera, Diaz Bonilla and Cancelliere to rise to the challenge and get them back to the form which saw them pick up four successive away wins back in April and May.

In head-to-head stats, the Lions and Jaguares have met in six matches dating back to the latter’s first Super Rugby season in 2016. Each side has claimed three wins, and there have been no draws. This rivalry is yet to produce an away winner.

The teams’ two meetings this season saw the Lions triumph 47-27 in Johannesburg in February, but just a month later the Jaguares got their revenge with a 49-35 triumph in Buenos Aires.